In 1931 Winston Churchill wrote an essay for The Strand in which he defended the medium of political cartoons as an essential part of a free and effective British democratic system. Rather than criticize the artists’ frequent lampooning of public figures – including himself – Churchill argued that politicians should have thicker hides. In making that case, he employed what now seems like a particularly unusual turn of phrase, writing that, “Just as eels are supposed to get used to skinning, so politicians get used to being caricatured.”[1] This was not the only time that Churchill used this particular expression, either; in a secret 1940 address to Parliament during the Blitz he said that people would need to “get used to it [the bombings]. Eels get used to skinning.”[2] The phrase seems to have been one that Churchill kept at the ready, and one that he expected to play well with multiple kinds of audiences. Winston Churchill, possibly considering the sources of his metaphors.

Modern English has little use for eels in either metaphor or idiom, which makes Churchill’s aphorism stand out. The fish’s slipperiness alone has remained axiomatic; outside of discussions of the actual animal, the expression “slippery as an eel” (or, alternatively, “slick as an eel”) marks the only place that eels show up consistently in current English language usage. [3] It can describe a desired thing which is hard to hold onto, or – most often – an untrustworthy person or someone who cannot be pinned down or caught: a politician or a criminal.[4] We mostly employ the phrase to convey a negative impression. But this reflects a relatively recent change in the language, matching the European and American shift away from eating the fish. Modern Western culture has a largely unpleasant view of eels, and their space within our linguistic habits reflects that fact. But, as Churchill’s expression suggests, eels have historically played a much larger and richer linguistic role than they do at present.

The quote from Winston Churchill about eels being accustomed to skinning that began this chapter offers an excellent example of this change. While Churchill had a well-deserved reputation for his barbed wit and distinctive quips, this axiom was not original to him. The earliest written version of the expression appears to be in Sir Peter Beckford’s popular 1781 book, Thoughts on Hunting in a Series of Familiar Letters to a Friend. In a section dealing with the proper disciplining of hounds, Beckford recounted a story of a gentleman who, while out hunting, comes upon a peasant girl skinning live eels. Taken aback by the process, he asks her if the practice were not cruel. “‘O not at all, Sir,’ replied the girl; ‘They be used to it.’”[5] At its core, this statement is curious. There is no evidence prior to Beckford for this perception of eels, and in fact most earlier writing about skinning eels suggested the fish very much minded losing their hides. It is unclear, then, whether Beckford was passing along an actual contemporary saying, or whether he himself invented it. 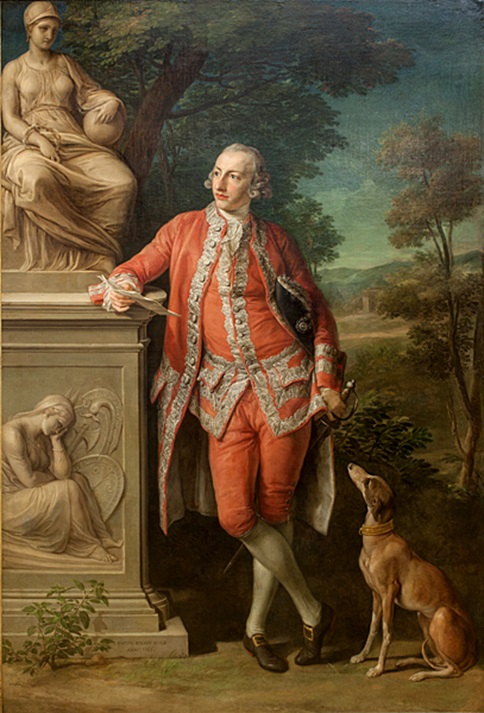 Regardless, the turn of phrase quickly gained axiomatic traction. The next year Horace Walpole, the Earl of Oxford, reproduced the line from Beckford’s book almost verbatim as a metaphor while complaining over the tepid English reaction to the loss of Menorca to the Spanish and French. [6] The idiom appears frequently during the next several decades in debates over abolition, with William Windham saying in 1792 speech before Parliament in 1782 that those people arguing that slaves could wait several more years for their freedom were “like the person who, when charged with cruelty for skinning eels alive, answered, they were used to it.”[7] Moving forward, the phrase became relatively commonplace in nineteenth century England, showing up in a surprisingly wide range of sources.[8] This, roughly, was the background that informed Churchill’s comments.

On its face, this short history of Churchill’s expression would seem to suggest that it was grounded in an experiential understanding of the fish – a linguistic echo of a common belief. But, in fact, the idiomatic use of the phrase is almost entirely about cultural separation from eels by the educated and well-off. In Beckford’s original story, his gentleman shows a marked surprise at the process of skinning eels that would have been wholly foreign to earlier Englishmen, both real and literary. The gentleman might eat eels, but he is far removed from any other interaction with them. And Beckford offers the story as a way of critiquing people who rely on received folklore to justify the cruel treatment of animals; the handlers who mistreat his hounds are as wrong as this peasant girl with her eels.

This was the sense that the idiom had in its early usage. Walpole, Windham, and others deployed the phrase as a means of describing either uneducated people who foolishly believed something that was patently false, or people who hypocritically used traditional beliefs to justify their positions. But the meaning quickly shifted as the phrase became more popular, and it is clear that the English came to believe that eels did, in fact, become habituated to the pain of skinning. Where Windham had used the phrase to talk about people with a misunderstanding of slaves’ suffering, Lord Byron took the idiom at face value in his epic 1824 poem Don Juan. Describing slaves awaiting sale in the markets of Constantinople he wrote that, while most slaves seemed distraught, the Africans did not: “The negoes more philosophy display’d / Used to it, no doubt, as eels are to be flay’d.”[9]

Byron was not alone in this shifting usage. The idea seems to have developed into something of an urban myth, with enough writers taking up the phrase in earnest during the 1820s that the philosopher Jeremy Bentham felt compelled to push back against it. In his 1832 pamphlet Boa Constrictor, he stressed that “no eel is used to being skinned successively by several persons, but one in the same person is used successively to skin many eels.”[10] The editor of the London Quarterly Review applauded Bentham’s efforts shortly thereafter, proclaiming that this “formal refutation of the common fallacy as to eels” was “one of the most important services rendered by Mr. Bentham and his disciples to the world.”[11] 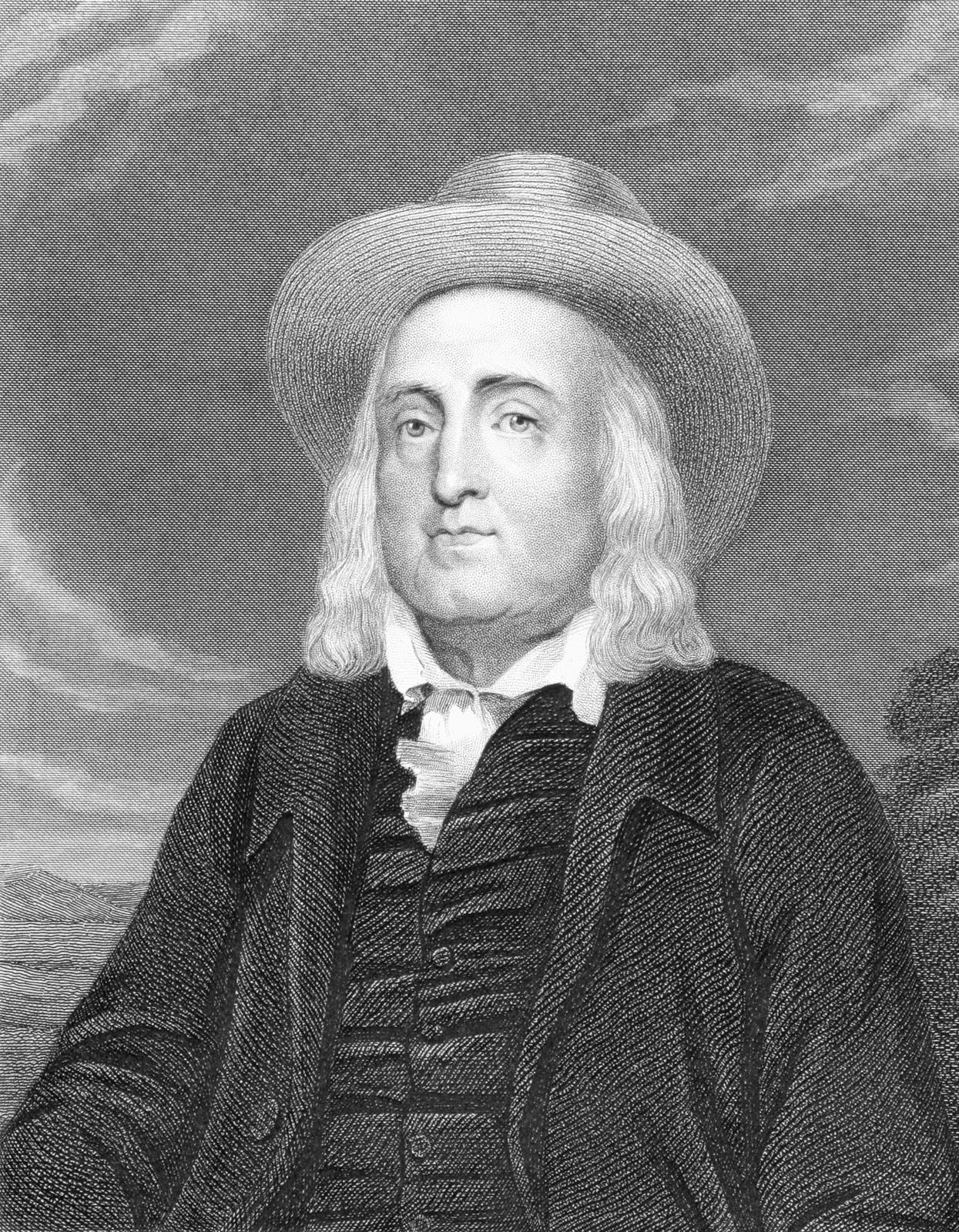 Jeremy Bentham: wore a hat and spoke truth about eels.

Despite this endorsement, Bentham’s protestations fell on relatively deaf ears. For most of the nineteenth century, English authors continued to use the metaphor with the steady confidence of people who had never actually tried to take away an eel’s skin. Beckham’s initial use, which demonstrated an elite distance form eel culture, had given way to later applications that show an equal detachment among a much wider range of English people.

So when Winston Churchill spoke about politicians needing to accustom themselves to political cartoons, or about Londoners becoming hardened to the horrors of the Blitz, this was the linguistic tradition he was coming from: one in which the infrequent use of eels in figurative language was removed from any level of experiential cultural familiarity. The metaphor might have been wrong, and divorced from its original meaning. But Churchill, like other English people of his era, had gotten used to it.

[1] Winston Churchill, “Cartoons and Cartoonists,” The Strand Magazine 81 (1931): 586. He later republished this essay along with other works in his 1932 book, Thoughts and Adventures.

[2] Richard Langworth, ed., Churchill By Himself: The Definitive Collection of Quotations (Philadelphia: PublicAffairs, 2008), 29.

[3] David Righton and Mandy Roberts, “Eels and People in the United Kingdom,” in Eels and Humans, ed. Katsumi Tsukamoto and Mari Kuroki, Humanity and the Sea (Tokyo: Springer Science & Business Media, 2013), 6; Robert Allen Palmatier, Speaking of Animals: A Dictionary of Animal Metaphors (Greenwood Publishing Group, 1995), 350; Sarah Zielinski, “Find Your Fishy Metaphor,” Smithsonian, accessed January 20, 2019, https://www.smithsonianmag.com/science-nature/find-your-fishy-metaphor-23790557/. As noted in the Introduction, there are occasional regional examples of eel metaphors in modern English, but these have tended to be both localized and temporary. Moreover, these too have tended towards the negative.

[7] John Almon, John Debrett, and John Stockdale, The Parliamentary Register, or History of the Proceedings and Debates of the House of Commons During the Second Session of the Seventeenth Parliament of Great Britain, Vol. 32 (London: Debrett, 1792), 401.

[8] For examples of the breadth of the range of materials in which the metaphor appears, see: “The Physiological Errors of Teetotalism,” The Westminster and Foreign Quarterly Review, July 1855, 123; David Livingstone and Charles Livingstone, Narrative of an Expedition to the Zambesi and Its Tributaries: And of the Discovery of the Lakes Shirwa and Nyassa, 1858-1864 (New York: Harper & Bros., 1866), 544; Cuthbert Bede, The Adventures of Mr. Verdant Green: An Oxford Freshman (London: James Blackwood & Co., 1885), 163; Michael MacMillan, The Promotion of General Happiness: A Utilitarian Essay (London: Swan Sonnenschein & Co., 1890), 7.

[9] George Gordon Byron, The Complete Poetical and Dramatic Works of Lord Byron: With a Comprehensive Outline of the Life of the Poet, Collected from the Latest and Most Reliable Sources (D. McKay, 1883), 507.

[10] Jeremy Bentham, The Works of Jeremy Bentham, Part VI. (Edinburgh: W. Tait, 1838), 558. This was not the only occasion that Bentham used this image; he had earlier written that there was no more sympathy for human suffering in the hearts of men “than in the cook’s for the eels she is skinning.” See: Jeremy Bentham, Indications Respecting Lord Eldon: Including History of the Pending Judges’-Salary-Raising Measure (London: Robert Heward, 1825), 74.